UK Prime Minister Boris Johnson will be holding an emergency meeting on December 21 as several countries blocked flights to Britain over a new COVID strain.

UK Prime Minister Boris Johnson will be holding an emergency meeting on December 21 as many countries, comprising France and Argentina, shut off flights to Britain over a recent highly communicable coronavirus distress that the UK asserted was “out of control”. As per The Guardian, the meeting of the COBRA civil contingencies council appears amid alarms of “significant disruption” around the sanctuaries in the English Channel. The carrier of baggage is also encountering enormous disturbances after France shut down its border for 48 hours, which denotes lorries cannot get across the English Channel by boat.

UK Health Secretary Matt Hancock on Monday had declared openly that scientists have recognized a fresh variant of the COVID-19 virus which could dissipate quicker than the earlier distress. As per the introductory modelling data, the New and Emerging Respiratory Virus Threats Advisory Group (NERVTAG) forthwith consider that the recent distress can unravel relatively more instantly and could heighten R by 0.4 or more. Johnson’s CMO Chris Whitty on Saturday asserted that the United Kingdom has already notified the World Health Organisation (WHO) about the recent anxiety of the COVID-19 virus.

The WHO, on the other hand, called for tougher containment regulations across Europe. As per the Associated Press, Canada and Poland are among the latest nations to discontinue flights from the UK, following the lead of several in Europe. France, Germany, Italy, Netherlands, Belgium, Austria, Denmark, Ireland and Bulgaria were among those who on Sunday had declared openly the contagious constraints on flights from Britain.

Meanwhile, Johnson on Saturday proclaimed that he ‘Tier 4’ limitations in numerous cities across the country on the account of the instantaneous spread of a recent variant of the COVID-19 virus. All non-essential services, involving gyms, swimming pools, cinemas, hairdresser shops, and other retail outlets will stay shut down. Social contact constraints have also been brought up in the ‘Tier 4’ regions, implying no more than two people will be permitted to assemble in public area. ‘Tier 4’ regulations will be examined again on December 30 and based on indication further determination will be taken, asserted the Prime Minister’s office.

The Prime Minister, his Chief Medical Officer Chris Whitty, Chief Scientific Advisor Sir Patrick Vallance, and the Cabinet decided that the recent distress of the virus has altered the new terrain and urgent strategy is needed to safeguard the NHS and conserve livesr. The Prime Minister’s office asserted that there is no information at the juncture to recommend that the new variant results in an elevated mortality rate, that it influences vaccines and medications, or that testing will not catch a glimpse of cases. 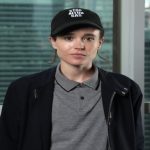 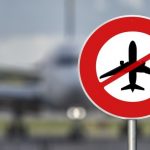