Ram has a claim against Shyam for the possession of the land, and he files a suit to claim the possession. On the other hand, Shyam also has a cross-claim of some kind against Ram, which by law can be claimed in a separate suit. Thus, in this case, Shyam has the right to set up a counterclaim against Ram in the same suit.

The Law Commission of India recommended adding the counterclaim provision in the CPC to avoid a multiplicity of proceedings. Only after this, the Amendment Act of 1976 was brought. The main objective of a counterclaim is to save the time of courts and save the parties to the suit from inconvenience, as multiple proceedings on the same subject matter may increase the litigation cost and also waste the time of the parties. It was also brought into the CPC to avoid prolonged trials.

When a Counterclaim May be Set up?

Who may Set-up Counterclaim?

There are three ways in which a defendant can set up a counterclaim against the plaintiff. They are:

Difference Between Set-off and Counterclaim

A counterclaim is a claim made by the defendant against the plaintiff in a cross-action. Such a claim need not arise out of the same cause of action. The main object of a counterclaim is to avoid multiplicity of proceedings and save the time of the court and save the parties to the suit from inconvenience. Sometimes, set-off and counterclaim are assumed to be similar, but they are significantly different. In other words, we can say that set-off and counterclaim have the same objects but they function differently. The statutory recognition of counterclaims by the Amendment Act of 1976 was much needed as there is a huge pendency of cases in the courts. 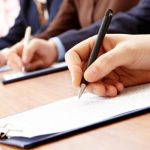