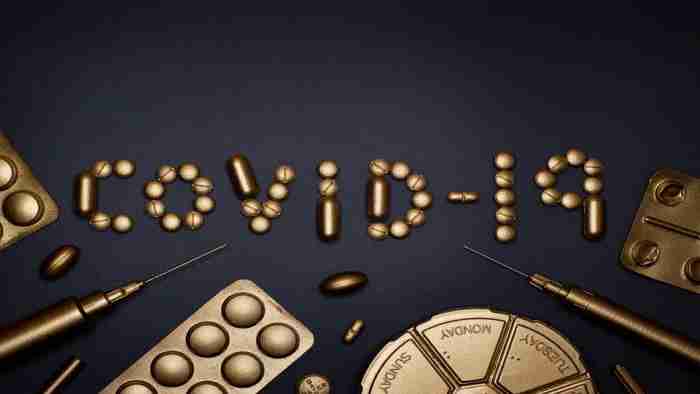 Every year in the exam season, it is not just the students who are sitting in the examinations hall that are expected by everyone to do well. It is impossible to calculate the amount of pressure on the sweet curd that is eaten before every exam. Imagine how remarkable it is to see numerous different strings of goodluck around students’ wrist or neck still holding their molecular integrity and not become fumes of gases, sublimating by just absorbing the heat from exam stress,anxiety, and a whole lot of other emotions. The irony is that even a science exam is attempted after having to check with the divine power, even though  I am not sure how much anybody other than the person who sits in the exam, cares about how much you remember about the periodic table.

As we are going through a year which has thrown our positivity, future plans and sleep cycles for a toss, it makes sense that everyone is trying to process this in their own way. That has however resulted in a rapid rise in fundamentalism, blind faith and perhaps numerous job opportunities for people who propagate that faith. Rather than believing and most importantly funding our medical industry, it is painful to see a deviation towards inconsequential activities that are disguised by our government as though they really matter because let’s face it, the vibrations that are produced from banging steel might produce music and the light of a gave[diya] might produce light but a deadly virus stays unfazed from both of these as the casualties from coronavirus are on the rise.

As I write this article, there are three lakh sixty seven thousand cases of coronavirus in India so far. According to worldometer.info, India is fourth in terms of the number of coronavirus cases after the USA, Brazil and Russia. Our response as a country can certainly not be described as perfect. Our capital city Delhi has 2.71 beds per thousand people(according to economic times), close to half of the recommended 5 by WHO. Our medical industry which was already in crisis has been hit really bad by the pandemic. With violations of WHO safety guidelines( given on who.int) it is becoming more and more difficult to flatten the curve in India. Worldometres.info contains graphs about the rise in the number of cases of different countries(i.e the curve) and if we compare India as of now is still on the rise. Now I know that no medical system could have prepared for such a pandemic and the best healthcare systems in the world were also stretched to their limit in the last few months, but in our country what is happening outside the medical field in response to the coronavirus is amusing at best and dangerous at worst.

No matter how hard this virus tries to kill people of every kind, somehow Indian media will convince us that it is not the most deadly thing there is. Leaving aside the obvious demonization of people who are from a different political group or a different faith in the name of nationalism, there will always be the movement of a planet somehow miraculously related to how people’s lives are affected like this. Now you are both curious and frightened (basically the feeling you get by watching the Netflix series YOU) to see what a prime time news show you instead of a relevant discussion about our healthcare systems, a possibility of a vaccine and how this virus actually works.  And while you are in this state of mind, along come people from an Indian Ayurvedic firm/Company, claiming how just honey and yoga can be the ultimate weapon against coronavirus. While the marketing strategy has to be appreciated, I just try to urge people to put their faith in science instead of this( except, ofcourse, people on my family whatsapp group, you know what i am talking about)

Make no mistake, I am by no means here to rant on astrology, yoga or ayurveda. You are free to believe no matter what you believe in and anything that gives you peace of mind at this point is acceptable, but if unique personal beliefs became a nation’s mass mentality without any scientific backing, logic and explanation, a virus like this might just multiply the problems that already exist around us. This by no means is a libral vs conservative debate, but just an attempt to request people to not believe in hoaxes and compromise their safety and health in the name of re affirming your beliefs.

Since the last several, there has been an obvious decrease in investment and faith in scientific and tangible research and projects( a 182 metre statue stands is the most recent proof of that). Even though we might laugh it off whatever absurd debating motions are there on primetime(seriously, just search on youtube the last 3-5 debates of any of the popular channels if you want to chuckle) instead of discussing about the virus or its cure, the responsibility of keeping our mind clear of all conjecture while making others aware with actual facts lies solely with us. A simple discussion on how to execute simple guidelines and go by all the prescribed precautions might not just save our health, but also our family’s health. I have no idea what lies ahead of us but I believe one thing, when push comes to shove, we have to rely on fellow humans and existing medical science to save ourselves. Just leave the planets alone in their existing positions, if their change would have helped anyone, we would not have been in this mess to begin with.