What is a better time to read this article than now? Why you ask?
Because, its June, The International Pride Month, that commemorates the
Stonewall Riots, held by the members of LGBTQ+ community against
police raids at a Gay Club in New York City in June,1969. It was the very
first movement that sparked the fight for equality in United States. It
inspired many others, notably, Brenda Howard, bisexual activist, AKA
‘Mother of Pride’ who pioneered the concept of pride month in June,1970.
Since then, Pride Month celebrates the victories of LGBTQ+ community, its
advocates and allies and their impressions on the history and present.
Alongside the parades, workshops, concerts and symposiums, memorials
are also held for the members of the community who have lost their lives
to hate crimes and HIV/AIDS.

Another inspirational figure whose name runs down in history for raising
his voice in support of LGBT+ community is Gilbert Baker, an American
artist, gay rights activist, and US army veteran who actually created the
incredible Rainbow Flag in 1978 as a symbol for gay and lesbian political
movement. It is also significant to appreciate the beautiful meaning
behind the colors of the rainbow flag, where Red represents life, Orange is
for healing, Yellow for sunlight, Green for nature, Blue for harmony and
Violet for spirit!

Today, the acronym LGBTQ+, lesbian, gay, bisexual, trans-sexual, queer, is
identified as an umbrella term, to emphasize and include diversity of
sexual orientations and gender identity and the Plus sign encompasses
other spectrums such as intersex, asexual, ally, pansexual, agender and so
on.

India on Rights of LGBTQ + Community

Sexual orientation and gender identity form an integral part of an
individual and therefore, the form an inalienable part of Human Rights.
Same has been recognized by the Preamble in form of justice- social,
economic and political and also equality of status to all, further ahead,
Articles 14 and 21 promise the citizens, equality before law and equal
protection under law, protection of life and personal liberty, respectively.
However, all of these legal provisions are just words on paper unless they
are enforced, thus, to give meaning to them, the Hon’ble Supreme Court
gave two landmark judgements. Firstly, in April 2014, where in case of
NALSA v. UOI, it was held that transgender people should be legally
recognized according to their gender identity, enjoy fundamental rights
and receive special benefits in education and employment.

Secondly , on morning of September 6, 2018, where the Hon’ble Supreme
Court decriminalized adult consensual same sex relations under Section
377 of Indian Penal Code and Justice Indu Malhotra, stated and I quote
“History owes an apology to the members of this community and their
families, for the delay in providing redressal for the ignominy and
ostracism that they have suffered through the centuries”.

Both of these judgements have paved way for making lives of homosexual
people breathable and free of prejudice, yet much needs to be done to
protect the civil rights of the LGBTQ+ community at grassroot level, as the
boundaries inside of homes, schools and workspaces have to be torn
down and the homophobia in the society has to be averted. Initiatives,
particularly like, providing better healthcare access to the community,
prohibiting housing and workspace discrimination against members of
homosexual community, creating helplines for providing mental health
facilities specialized for people of LGBTQ+ community , can go a long way
into materializing the efforts to make lives of the people better.

Heroes of the LGBTQ + Community in India

Nonetheless, everything comes back to the society and the environment
we live in, how vocal it is about the issues it faces every single day, which
reminds us of our very own heroes , people like Harish Iyer, one of the
most vocal and world renowned gay right activist, writer and speaker,
along with one of the most prominent LGBT rights activist, journalist and
also founder of Humsafar Trust, Mr. Ashok Row Kavi and many more to
name, who have stepped out of the shackles of homophobia and brought
into light issues of the discrimination, the homophobia, the suffocation
faced by homosexual people and in the process have touched many lives
and inspired the youth to speak up for what is right.

Literature and Cinema: An Insight

The conversation about celebrating the LGBTQ+ community isn’t complete
without talking about the influence it has on cinema and literature and
visa-versa. Here are some heartwarming and thought-provoking pieces of
literature that pour emotion into the lives of their readers:

Giovanni’s Room by James Baldwin
Maurice: A Novel by E.M. Foster
The Color Purple by Alice Walker
All the boys aren’t blue by George M. Johnson
The Tradition by Jericho Brown

Now as promised, the cinematic artworks that have time and again given
deeper look into lives of LGBTQ + community:

And of course, the heartiest congratulations and appreciations go out to
international organizations such as GLSEN, The Center, The Human Rights
Watch and major national organizations such as Humsafar Trust, Naz
foundation Trust, Udaan Trust , Maan foundation, and many more , that
put efforts and hard work into providing justice, creating awareness and
gathering funds for education , for LGBTQ community .

Let the language be love!
Let the movement be free! 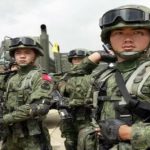