“A state’s culture resides in the hearts and the soul of its people.”

A ‘state’ in the context of International Law can be described in having a specific territorial boundary, a population, common binding of such population in socio, economic, cultural aspects of society, a government to govern and safeguard the said territory and its occupants as well as to maintain international relations, namely with other ‘states’.

As such, it can be concluded that a ‘state’ shall compose of the following;

Bearing the aforesaid mentioned conditions, it can be therefore implicated that if such aforementioned conditions are fulfilled, one comes under the purview to be known as a ‘state’. Let us understand the aforementioned requirements further by testing it, let’s take the example of Costa Rica, and as such, check whether Costa Rica is a ‘state’, and if one, then of what kind. As such, firstly Costa Rica must be established to be known as a ‘state’, for that;

Therefore, considering the aforesaid aspects, it is well established that Costa Rica falls under the purview of ‘state’.

Now that it is well established that Costa Rica is a state, it is to be further established, as such, what kind of a ‘state’ is Costa Rica;–

States which are supreme in itself, both in its internal as well as external matters are known to be sovereign states.

Few ‘states’ which possess the characteristics of a sovereign state along with possessing some unique or distinctive characteristic of its own, falls into the purview of a ‘Not typical States”.

For that, it is pertinent to mention that, in 1838, long after the Federal Republic of Central America ceased to function in practice, Costa Rica formally withdrew and proclaimed itself sovereign. Since then, it has established a long-standing and stable democracy denoting that it has total control and supremacy over its internal matters, i.e. it may create rights, enact laws, take decisions of commerce, organize its defence, set up government and administration etc. in whatever way it deems fit.

Again, externally it has further extended its supremacy, by having control and discretion over its external matters, i.e. in maintaining and deciding international matters and relations/ties with other states, eg. on 1st June 2007, Costa Rica broke diplomatic ties with Taiwan, switching recognition to the People’s Republic of China. Costa Rica was the first of the Central American nations to do so. Further it frames its own foreign policies, namely, to foster human rights and sustainable development as a way to secure stability and growth.

Therefore, considering its internal as well as external supremacy and sovereignty it is well established that Costa Rica is a ‘Sovereign State’. 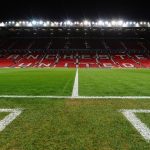 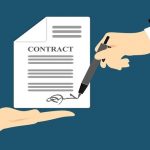