The year 2020 has been full of unimaginable twists and turns from tragedies like  Australian bushfires, Beirut explosion and West Coast wildfires to death of celebrities like Kobe Bryant, Chadwick Boseman, Ruth Bader Ginsburg, Eddie Van Halen and Diego Maradona but 2020 has also showed us the power of activism in form of unending protests!

The CAA and NRC protests

People all across the country went on the streets to protest against the Citizenship (Amendment) Act, 2019 and the National Register of Citizens. Among these protests, the one that gained prominence was the one in Delhi’s Shaheen Bagh that outlasted every other protest and was only stooped due to the pandemic. Large amounts of protests also broke in the states of North East more prominently in the state of assam.

The entire nation came together to protest aginst the brutal gang rape of a 19-year-old Dalit girl in Hathras, Uttar Pradesh. Following the incident, the victim’s body was cremated by police officials in the absence of her family members and thereby people people raised their voices against the injustice. Dalit community leaders and women activists protested against the police action, calling it “new low”.

The Black Lives Mater protests gained top headlines as a video surfaced of police officers suffocating George Floyd to death in public by leaning on his neck. Tens of thousands of people stormed the streets demanding the arrests of the cops responsible and the movement started a chain all across the world where people protested against racial discrimination and violence.

Protests in Turkey on violence against women

Turkish cities were filled with women from the entire country protesting against the country’s appalling record with violence against women. Istanbul saw women with placards that said: ‘Women will not forgive violence’, ‘Apply the Istanbul Convention’ and ‘Long Live women’s solidarity’.

The Hong Kong protests against China

Thousands of people are still protesting in Hong Kong against a new Chinese law that allows the extradition of people accused of crimes against China to stand trial. The protesters have been at it for months now. Some of them also turned violent with the cops using tear gas while the protesters have thrown Molotovs at them.

The protests began after the country’s government banned women from getting abortions. More than 100,000 people, mostly women, marched the streets demanding that the government roll back the laws that prohibited them from being masters of their own bodies.

The protest that still rages on this day is a response to the new farm laws that the central government wants to implement. Farmers believe that if the laws are implemented, it would essentially leave farmers at the mercy of corporations. The protests continue in the midst of a harsh Delhi winter and an ongoing pandemic.

I would like to conclude the article with the following lines from one of the most remembered persons in the world. 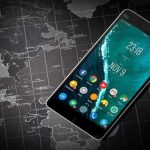 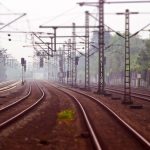